WOOD JOINERY: That We Must Know

In your college days, you have learned about joinery and also you tried to learn more carpentry information from different carpenters and contractors, but the real thing is that they used to do it before, but they don’t do any of it anymore, so we thought to give some basic information to you about basic wood joinery or carpentry work.

All
furniture and other wooden objects are essentially rectangular. They are made
up of actual or imaginary rectangles, positioned horizontally or vertically. 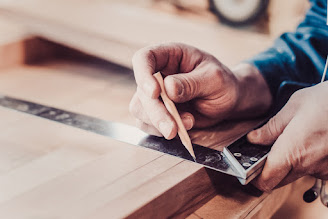 The joint can be described as connecting and uniting two pieces of wood together.
This means that two wooden pieces are not only joined together but also
combined, i.e. they serve as one piece for all practical purposes.

The
connection of two pieces can be accomplished by glue/nails/screws, but not by
consolidating. Things that use glued/nailed/screwed parts will not be strong
enough to bear weight, wear and tear, change and drag and transfer if the
occupants and in a short time either fail or require repairs that will be more
costly and time-consuming than the original make. 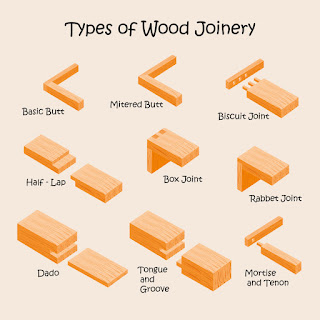 The
furniture that came to us even from the 3000-year-old Egyptian civilization is
still durable for the simple reason that excellent joints were used to make
them.

A joint can be categorized into five divisions considering the position of the connection of two pieces;

·
Angular which is
rarely employed.

There are many types of joints, and we will discuss later the commonly
employed joints in woodwork.

A joint consists of two pieces and these pieces can be connected at
their ends only two ways :

2.
By modifying one or
both ends.

Modification
at the Ends

The modification at the end can be of two basic nature

2.
Identification and
their variations

There are many types of joints, and we will discuss later the commonly employed joints in woodwork.

In the joinery, the
squarish end of the plank is known as the butt. When two butts are joined
together with nails/screws, the butt joint is formed. This is the easiest and
weakest joint as it has a relation, but there is no two-piece union. Nails/screws
are unhelpful for a straight butt, so corrugated nails are used. Ex: It is mostly used for coffee table joint. 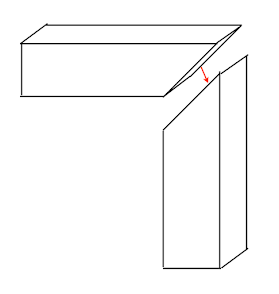 When two butts are cut
at an angle of 45 degrees and joined together to achieve a 90-degree angle, the
joint of the mitre is obtained. The fastening is carried out by corrugated
nails or by glue and nails hammered into the wood at an angle. Because of this
angular intersection, it has its internal weakness and is thus used for very
light, small, and weak objects such as picture frames. Ex: It is mostly used for bedside table joints. 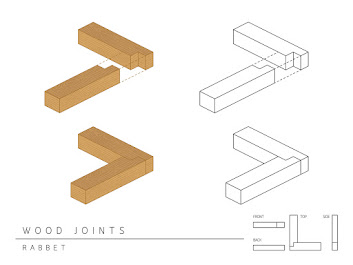 A rabbet is a recess or
a beat-back. In the framework, the rabbet joint is the same as the lap joint,
except that the lapping is performed on the wider side of the woodblock. Ex: It is mostly used for rabbet for drawer joints. 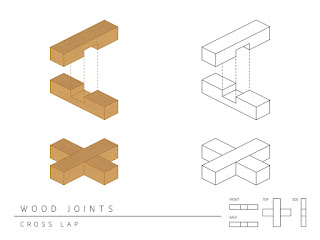 When two parts overlap,
a lap joint is formed. It’s moderate in strength. Depending on the position,
we’ll get the following lapped joints. 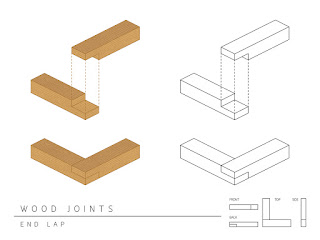 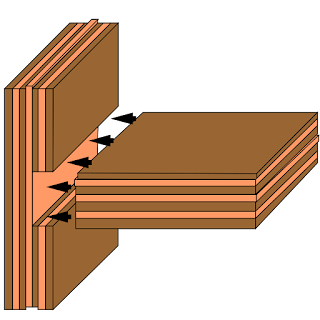 Given, pronounced as a daydo,
means a cubic groove, a dado joint is formed when the butt fits into a dado of
another piece. It’s moderately heavy. Ex: It is mostly used as bookshelves for horizontal shelves.

Structure-wise, this is where the butt of the given joint
has been transformed into a projection. It is a solid joint and is also used
for TW loft and paneling. Ex: It is mostly used for fixing interlock wooden floorings. 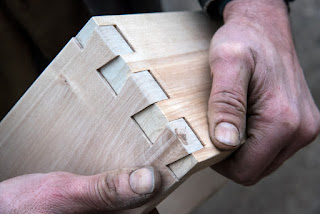 Here the projection of the tongue was shown in a
dovetail and the recognition of the lap was shown in a dovetail, usually used
in cabinet making. Ex: It is mostly used for dovetail for drawer joints. 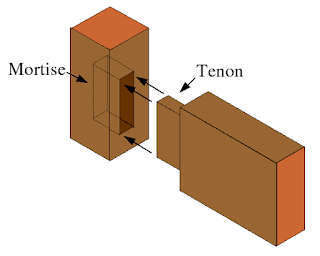 A mortice is a hole, and a Tenon is a projection. A modification of the
tongue and the groove joint, it has a region left around the mortice and the Tenon,
which gives the joint greater strength and stiffness and is thus universally
used. Ex: It is mostly used for joining rails, chairs, and tables.

Now we’ve classified almost all the joints that need to be addressed. These are the few joints that are commonly used in furniture and do use this joinery in your project and see the durability of the furniture. You just need is skilled labour. Please do comment if you need any details about the wooden joinery.

If you want to know about the Air purifying plants in interior design, the link is below.

How to Create an Accent Wall ?

How Bricks are made ?