Eileen Gray’s early
lacquered furniture had both Art Deco and Chinese influences. She progressed to
elegant functionalism later on her sofas and tables, in particular, are highly
original.

Following WWII, two
distinct trends emerged in France: one promoting traditional historic styles
for mass consumption, and the other promoting hi-tech and Scandinavian fashion
for a niche market.

Art nouveau and art
deco, which emerged on the continent, was never fully embraced in England.
Designers like Mockintosh, Mackmurdo, Webb, Shaw, and Voysey were working on a
modern, simple style of domestic furniture in the spirit of the Art and Crafts
movement without fearing the machine by the turn of the century.

The destruction caused
by World War II necessitated the development of the utility furniture scheme in
1942, which imposed full design standardization. It was an attempt to provide
enough furniture for those whose belongings had been lost in the war or for
those who were constructing new homes.

The UFS, with its
straight lines and straightforward appearance, was a compromise between the
arts and crafts spirit and mass manufacturing techniques and materials.
Historians of the UFS are now regarded as a great improvement of popular taste,
a purge that removed many of the excesses of the 1930s, but it was a source of
resentment at the time. The UFS was particularly effective in breaking down
customer resistance to new designs.

The second wife of
designer Terence Conran, at their home, 21st August 1955.

Like other nations,
England accepts design influences from all over the world. “Fun furniture” had
a brief fashion trend in the 1960s thanks to rock and pop art. But it was
Terence Conron’s pleasant and practical knock-down furniture, sold in bundles
like other consumer products, had the most effect and spread. Parts built
in a variety of styles are now incorporated into traditional English interiors.

Italy, like other
European countries went through an Eclecticism era in the nineteenth century,
but it was not inspired by Floreale, the Italian word for art nouveau. And
until the end of World War II, Italy was essentially inactive.

The war had improved the Italians’ technical strength. The end of the war
and the rise of Mussolini provided them with a sense of freedom, catalyzing
their awareness of style and the ambition of their creativity. With a sense of
line, color, and luxury inherited from ancient Rome, which was often missing
or not considered important enough among their colleagues, the Italians
approached all functional problems without discrimination.

Italy has created
innovative furniture and decoration techniques and designs in the last twenty
years. In the last decade, no other country has created design giants like
Mario Bellini, Tobia Scarpa, Jo Colombo, Vico Magistretti, and Gale Aulenti. 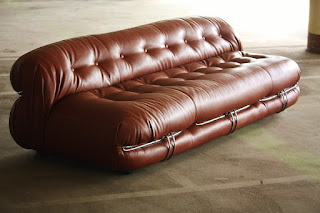 Scandinavia (Sweden,
Denmark, Norway, and Finland) has been pursuing other European countries and
making furniture in their limitations for centuries. However, in the nineteenth
century, it began creating its own basic designs in pale wood. In 1910, a
Werkbund’s chapter was established to promote functional furniture.